Guard Tour Monitoring employs Mobile Devices and Static Beacons (radio transmitters) to monitor and record the location of security watchmen as they go about their duties. The mobile device is loaded with an application that automatically transmits its identity, proximity and if required, GPS location when it comes within range of a static beacon.

This information, which generates alerts should the tour schedule is transgressed, is captured and logged in real time at the central monitoring station. The central monitoring station will also raise an alert if the mobile device remains static for longer than a pre-set interval or stops transmitting. The mobile device is primed at the start of the tour by switching on Bluetooth.  Once done, no further action is required of the guard until the end of the tour.

Checkpoints are scheduled to be visited at specific times and in a pre-arranged sequence. Start and completion of tours and deviations are recorded and reported by the central monitoring station which will trigger the generation of an alarm or notification. It is not necessary for the guard to take any action as the mobile will automatically transmit.

The camera on the mobile device can be used by the guard as a mobile CCTV camera to film any irregularities and incidents encountered on the tour. The video stream is transmitted to a Digital Voice Recorder at the central monitoring station, either in real time or when a GSM or WiFi connection is established. 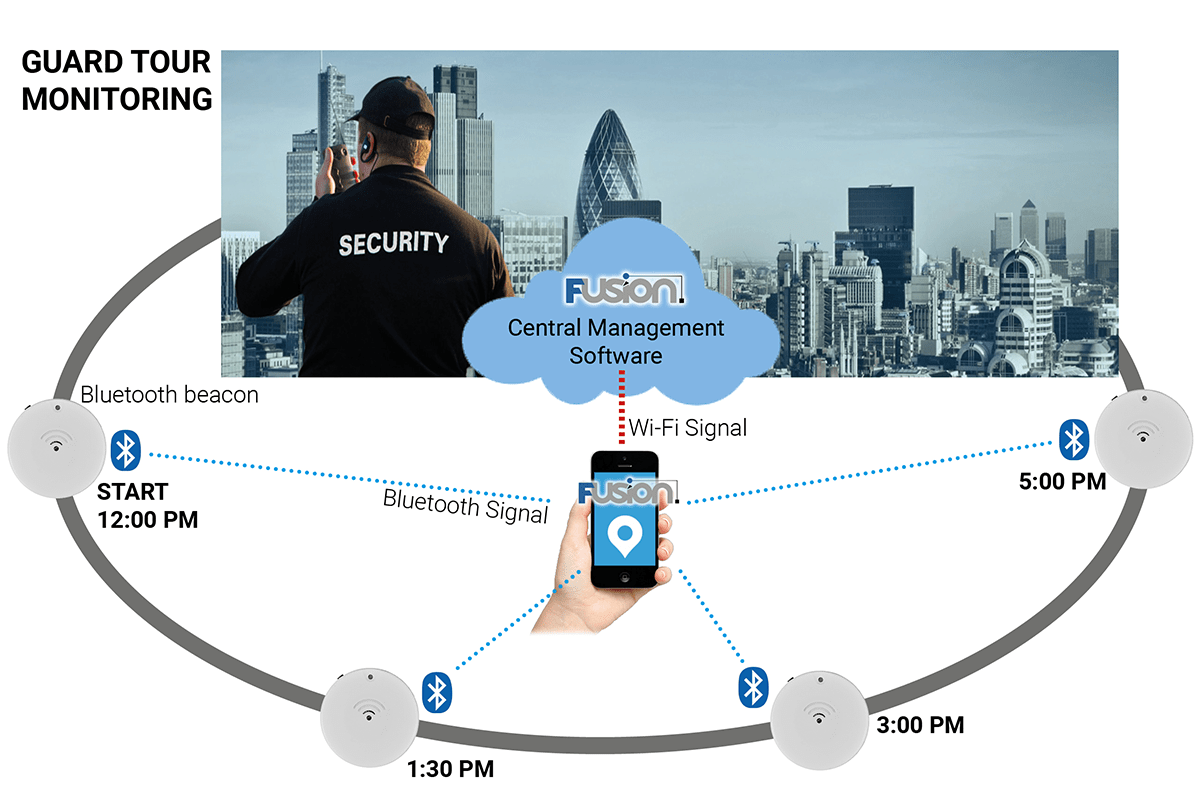 Guard Tour monitoring not only ensures your premises and assets are being correctly patrolled, but also safeguards the Security Guards.

Get in touch to see what we can do for your business.